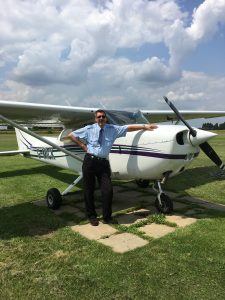 Steve, our CFI, has been flying for over 40 years during which time he has accumulated over 18,000 flying hours including over 6,000 hours of instructing. As well as instructing, Steve has experienced 17 years of airline flying during which time he has always maintained a keen interest in gliding and flying light aircraft. He has always been a total aviation enthusiast! Steve oversees the running of the Flying School and is ensuring flying and instruction is available at the lowest possible cost.

Steve is available for all training, including IMC and Night, and as a Flight Examiner, for PPL and LAPL initial issue Skills Test and Licence Renewals/Revalidations. 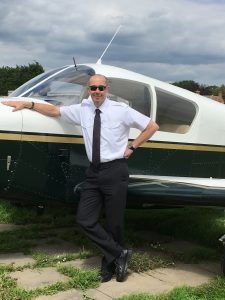 Paul inherited a passion for flying from his father who was a RAF Flying Instructor. Paul has progressed from flying model aircraft in his childhood to learning to fly at Fenland in 1992. Since then, Paul has flown a variety of different aircraft- accumulating over 3000 hours, and has recently qualified as an Instructor to be able to pass on his passion for aviation to others. 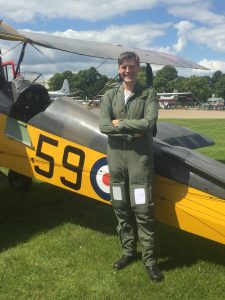 David started flying aged 12 at Fenland Flying School. He completed his ATPL in 2006 and joined Ryanair in January 2007 on the Boeing 737-800. He took his command and became Captain in 2010 based at Stansted. David has been flying vintage aircraft since 2007. He has over 500hrs on tailwheel types including Tiger Moth, Stearman and Harvard. David co-owns Fenland based Chipmunk G-CGAO and regularly displays it in airshows as solo aerobatic or in formation with Vintage Pair. David also flies the Tiger Moth for Classic Wings at Duxford and the T6 Harvard for a corporate owner in Essex. His ambition is to fly the heavy Warbird fighters at Displays. David has been a volunteer at Duxford for Historic Aircraft Collection since 2007 and has been instructing at Fenland on a part-time basis since 2017.

Marcus Palmer is also a long standing instructor and PPL Examiner with us.

To keep the cost of learning to fly as affordable as possible, a membership scheme is in place; the more you fly, the more you save!

Subsequent membership can be bought by monthly standing order if preferred.

For the ad-hoc flyer:

Instruction in your own Aircraft £60 per hour

Learning to fly light aircraft at Fenland, you have 2 main options:

You can either train for the PPL(A) or the LAPL(A), both of which have their own advantages, and you may want to get further details from your Instructor before making your choice.

The LAPL(A) will suit most recreational pilots, and also has a less demanding medical requirement, whereas the PPL(A), with its more comprehensive training, will suit those who are interested in adding on further ratings or pursuing a career in aviation.